Posted by Shauming at 3:41 PM No comments:

Churchill remembered how he learned writing

From 'A Roving Commission' by Winston S. Churchill
Page 16-17

I continued in this unpretentious situation for nearly a year. However; by being so long in the lowest form I gained an immense advantage over the cleverer boys. They all went on to learn Latin and Greek and splendid things like that. But I was taught English. We were considered such dunces that we could learn only English. Mr. Somervell—a most whom my debt is great—was charged with the duty of teaching the stupidest boys the most disregarded thing—namely, to write mere English. He knew how to do it. He taught it as no one else has ever taught it. Not only did we learn English parsing thoroughly, but we also continually English analysis. Mr. Somervell had a system of his own. He took a fairly long sentence and broke it up into its components by means of black, red, blue and green inks. Subject, verb, object: Relative Clauses! Each had its and its bracket. It was a kind of drill. We did it almost daily. As I remained in the (beta) three times as long as anyone else, I had three times as much of it. I learned it thoroughly. got into my bones the essential structure of the ordinary British sentence—which is a noble thing. And when in after years schoolfellows who had won prizes and distinction for writing such beautiful Latin poetry and pithy Greek epigrams had to come down again to common English, to earn their living or make their way, I did not feel myself at any disadvantage. Naturally I in of boys learning English. I would make them all learn English: and then I would let the clever ones learn Latin as an , and Greek as a treat. But the only thing I would whip them for would be for not knowing English. I would whip them hard for that.

/dəns/, dunces person who is slow at learning; a stupid person.

Email ThisBlogThis!Share to TwitterShare to FacebookShare to Pinterest
Labels: writing 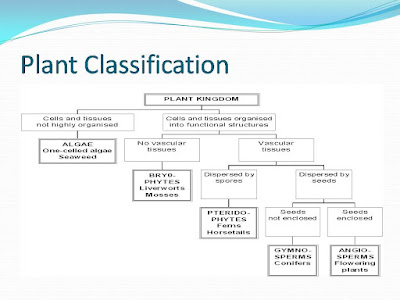 Hi everybody we're going to talk about some basic plant classification today
and apologies in advance for any Latin words that I butcher.

The first way we classified plans is by whether or not they have vascular tissue.

Read more »
Posted by Shauming at 1:01 PM No comments:

高中生出國留學英語- US Geography for US History (update)

Hi and welcome to Mr. Raymond Social Studies Academy for US history, the first in our series for those taking early United States history.

And today we will look at how the geography of the United States helps shape US history.

The U.S. is the third largest country in the world after Russia and Canada with over 3.8 million square miles made up of flat coastal plains, rolling hills, mountains, deserts and productive farmland.

The U.S. shares land borders with Canada to its north and Mexico to its south.

Email ThisBlogThis!Share to TwitterShare to FacebookShare to Pinterest
Labels: US History and Geography

A San Francisco Bay Area native, Natalia Duong is a performance artist, choreographer and scholar. Her interdisciplinary research
explores kinesthetic empathy as a resource for conflict resolution, community theater and the embodied transmission of trauma in people affected by Agent Orange. Duong has collaborated with artists to perform internationally in Edinburgh, Paris, Uganda and Vietnam, where she recently led a community-based devised
theater piece that was performed at the U.S. consulate in Ho Chi Minh City. Duong is also the founder and artistic director of PAO, a movement collective interested in how war is inherited in the body. A Phi Beta Kappa graduate of Stanford University, Duong is currently living in Brooklyn and pursuing a master's degree in performance
studies at Tisch School of the Arts at New York University."


TEDxObserver - Peter Lovatt - Psychologist and dancer
"Dance and the mind Peter is a reader in psychology and principle lecturer at the University of Hertfordshire, but his first love was dance. Before entering academia, he trained at the Guildford School of Acting and the Cecchetti Ballet, and worked as a professional dancer. Later, he went to study psychology and computational neuroscience and in 2008, he set up the first Dance Psychology Lab. This has enabled him to combine his twin passions of dance and psychology and, through experimental work, to explore the ways in which dance, and different types of dance, can affect the brain. His most recent work, and the subject of his talk, has involved investigating the effects of dance on people suffering from Parkinson's Disease. Dr Peter Lovatt's talk at TEDxObserver (http://www.guardian.co.uk/tedx) 2010 was cited by many in the audience as one of their highlights of the day."